Tick control is an important step for homeowners in keeping their family and pets safe during outdoor months. Ticks are notorious for transmitting diseases like Lyme disease, whose infection rate has roughly doubled since 1991. In fact, the U.S. has become a hot spot for tick-borne diseases. Scientists have detected at least a dozen or more diseases transmitted by tick bites over the last 50 years.

We tailor our tick treatment to the individual needs of each yard and the owner’s preference. Our pest control professionals thoroughly survey your property to identify any areas that could potentially be hospitable to ticks and work with you to create a recurring treatment plan. Our tick management services are completed once per month from April through October.

PROTECT YOUR FAMILY & PETS FROM THE DANGERS OF LYME DISEASE and other tick-borne diseases.

All About Ticks:
Ticks are small parasitic arachnids (yes, they are related to spiders) that feed off of the blood of animals and humans. They require blood to survive and to move on to their next life cycle stage. Ticks are very small, the nymph is about the size of a pinhead while the adult female can grow to the size of a sesame seed.

A single tick can carry over 40 pathogens and can infect humans with them in a single bite. One of these pathogens includes the bacterium that transmits Lyme disease. Lyme disease can affect any system in the body and can mimic the symptoms of many different diseases.

Since ticks are introduced into areas by hitchhiking on animals and then jumping off, there is no 100% guaranteed way to prevent having them on your property. However, a regular preventative maintenance program can significantly reduce the chances of having them near areas that you spend the most time.

Ticks cannot jump or fly, they simply climb up long blades of tall grass, weeds, shrubs, and other vegetation found in wooded areas. They wait for an animal or person to walk by and brush up against them, they then transfer to the host. By treating the areas that you spend the most time as well as along wood-lines and other areas that are frequented by wildlife, we can greatly reduce the occurrence of finding ticks in your yard.

HOW TO IDENTIFY TICKS:

There are over 900 species of ticks throughout the world, 25 of them can be found in Pennsylvania. Out of those 25, there are 2 that make up over 90% of the tick population, the black-legged (Deer) tick and the American dog tick. We also have the Brown dog tick and the Lone Star tick as well but in smaller numbers. 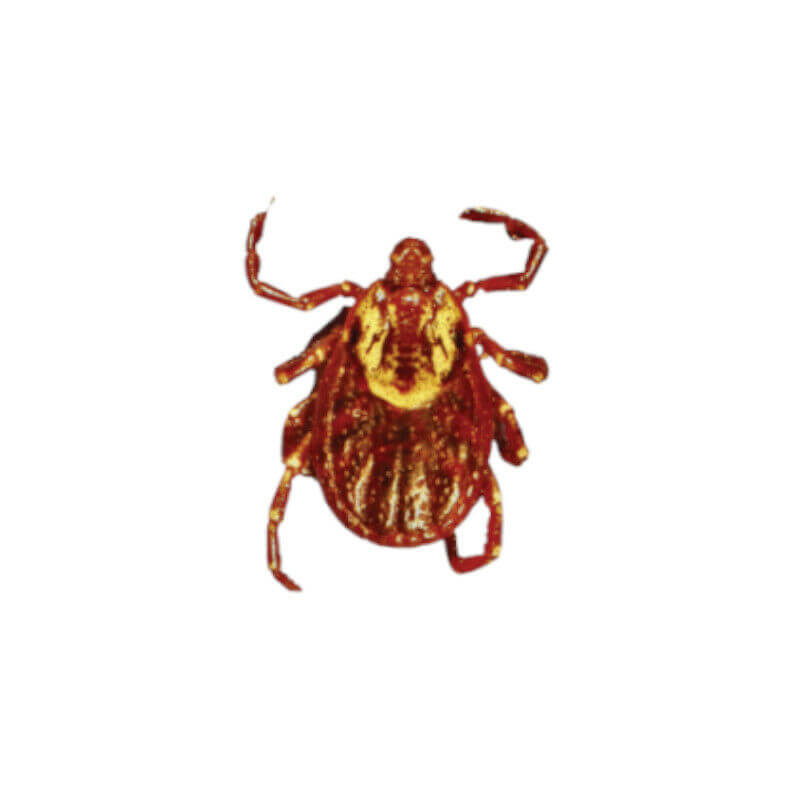 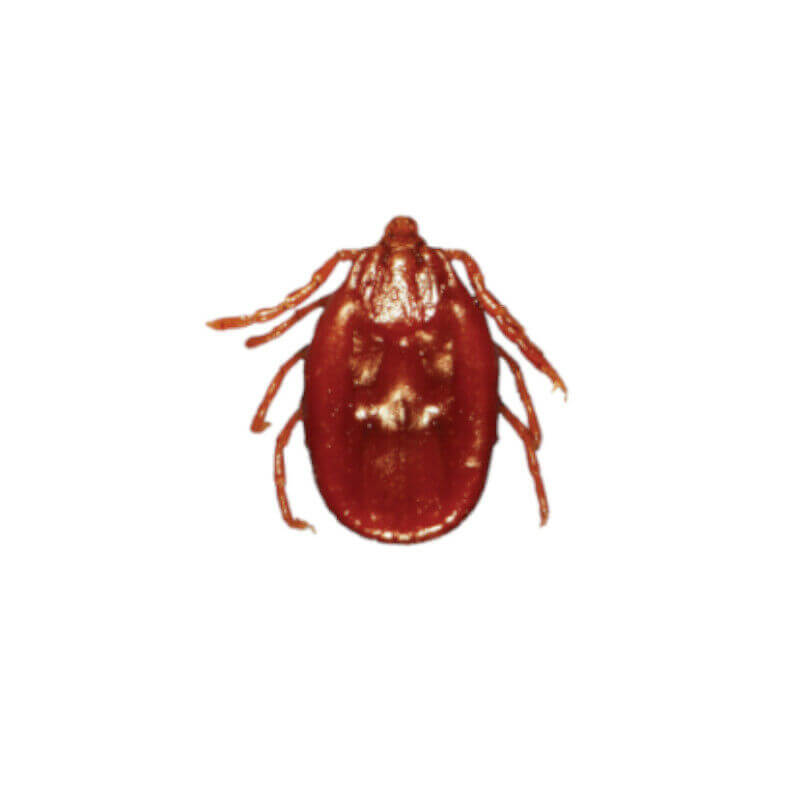 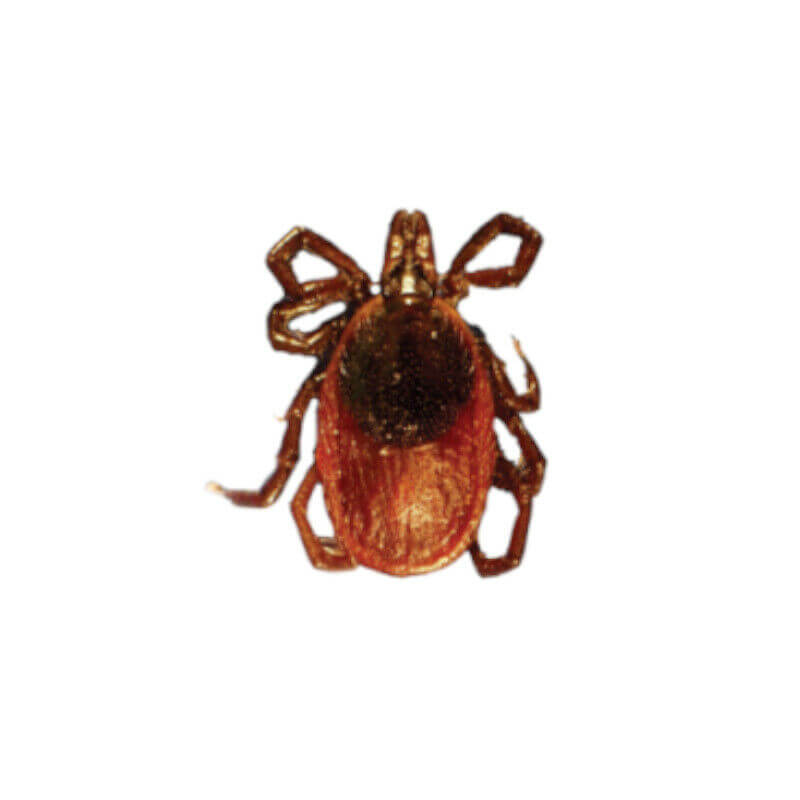 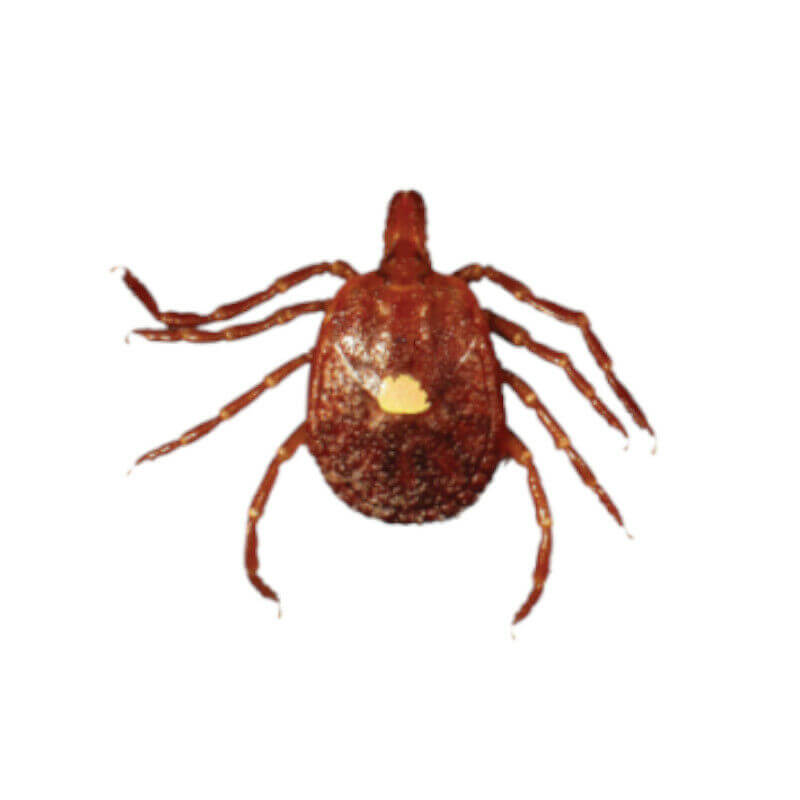 SIGNS OF A TICK INFESTATION:

When you come in from your yard it is important to check yourself, your family members, and your pets for ticks. If you want to get an idea of the tick population in your yard, you can simply attach a white towel to a stick, rod, handle, broom, pretty much anything and just drag the towel through the areas where you think there might be ticks. The ticks will go on the towel in hopes of finding a new host to feed off of.

All ticks feeding habits are parasitic in nature. They search for and climb onto hosts like dogs, cats, cows, deer or other similar animals.

They live outdoors in wooded grassy areas near their hosts. While they don’t live on people or animals, they do like to stick close to their food source.

Each species has its own preference of prey. Some feed on mammals, while others prefer birds or even reptiles. Certain species also have a preference in the areas they attach to feed. Some might bite wherever they land and others tend to feed primarily on the face or ears of an animal.

After hatching from the eggs, ticks must eat blood at each stage in order to move on to the next one. It can take up to 3 years to complete a full lifecycle, and most will die because they can’t find a host for their next feeding. 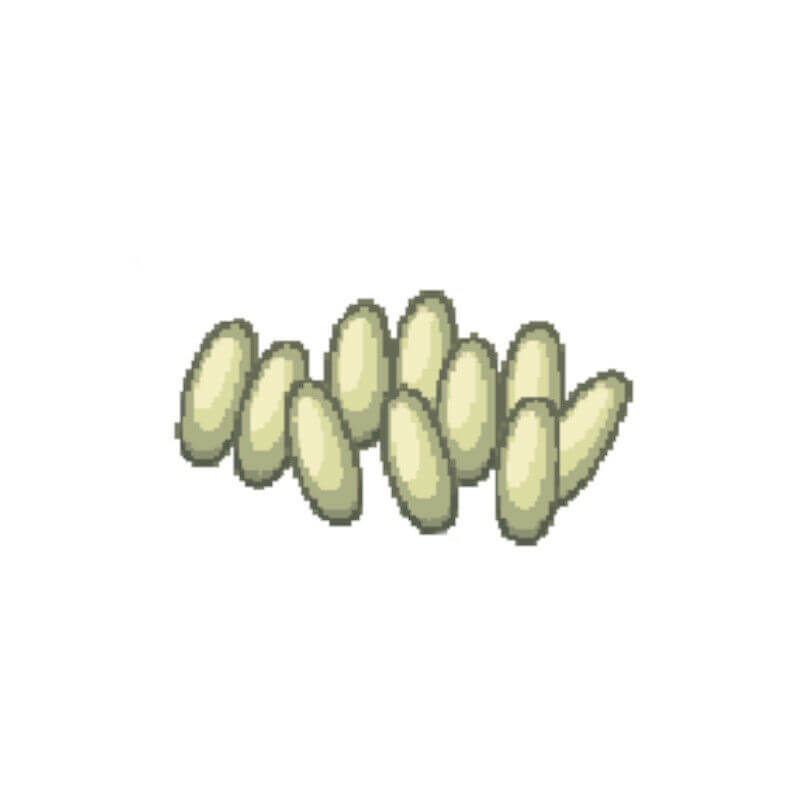 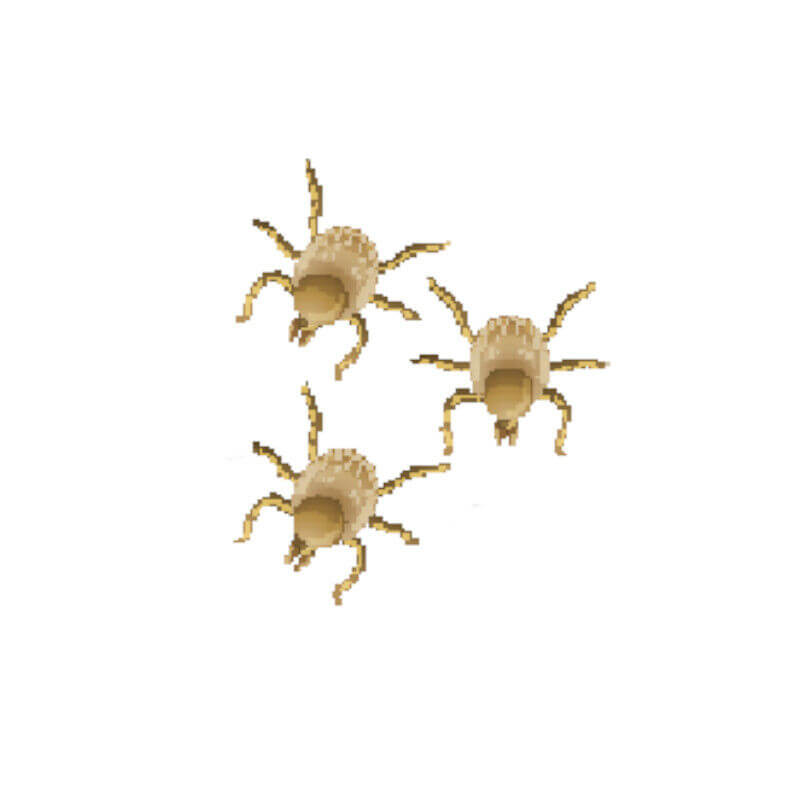 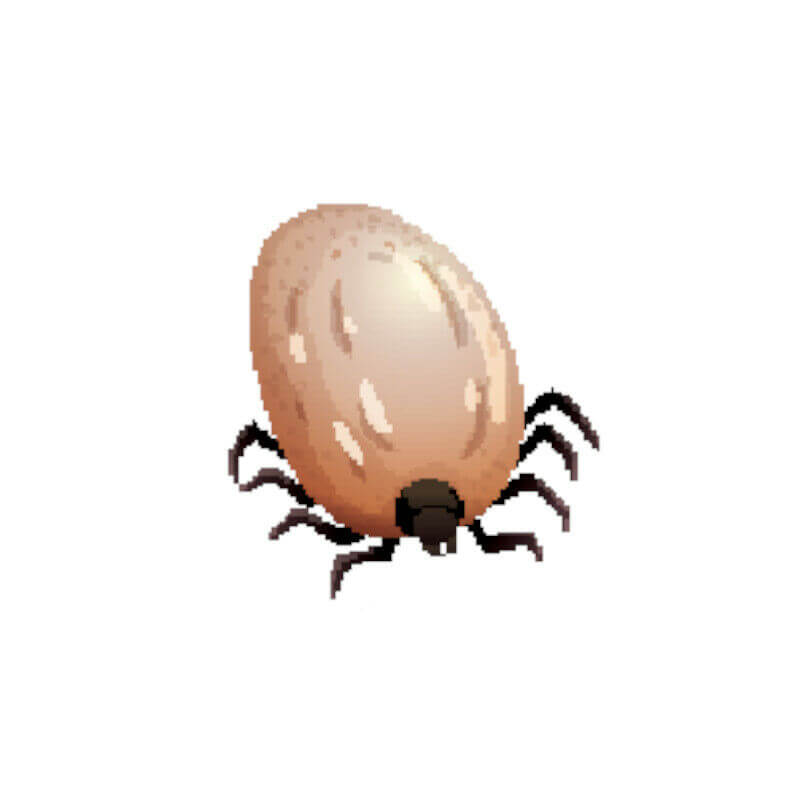 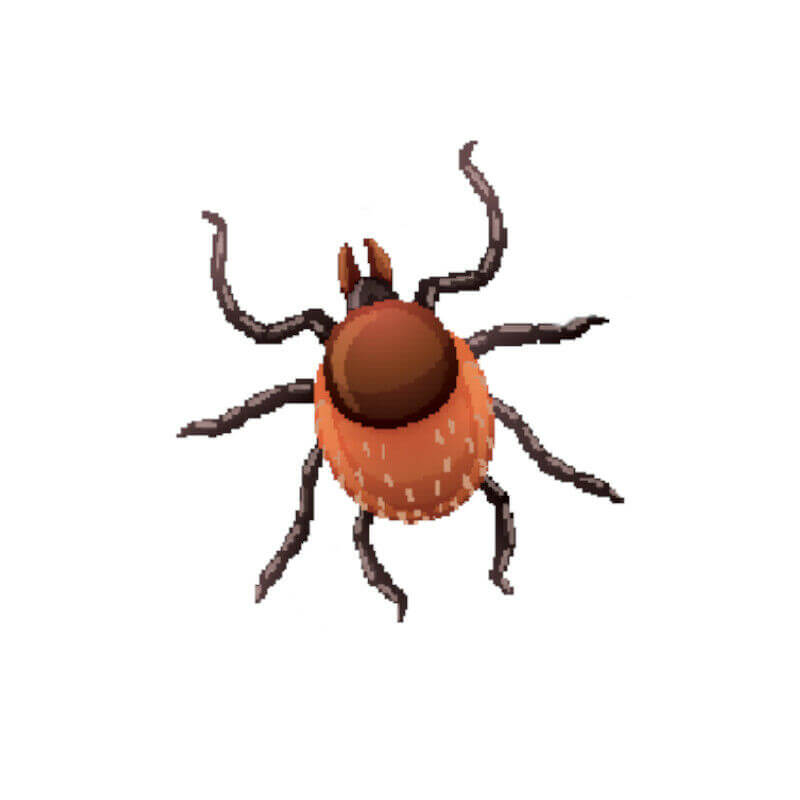 A flea is a small wingless insect that jumps with its six legs, while a tick is a small six to eight-legged arachnid that cannot jump or fly but must rely on its host making contact with it as they pass by for it to get on a host. While both suck blood, the tick will feed on its host and then drop off while a flea is likely to spend its whole life on a single host.

Ticks are responsible for spreading diseases such as Lyme and Rocky Mountain spotted fever, fleas can cause allergies and tapeworm.

Frequent Questions we get asked about ticks:

Will you get Lyme disease anytime you get bit by a tick?

Only blacklegged (deer) ticks carry Lyme disease. If they have previously bitten an animal infected with Lyme disease they can pass that bacteria on to you.

How effective is bug spray in preventing ticks?

Using an insect repellent containing DEET always works best. However, these are still chemicals and can be harsh. Only ever use them according to their label and do not use if you are pregnant or on small children.

Why are there so many ticks that carry Lyme disease?

While only blacklegged (deer) ticks carry Lyme disease, it does certainly feel like we hear a lot more about the occurrence of Lyme disease increasing. This is due to the fact that the overall population of ticks has increased in the Northeast over recent years. This is due to several reasons, first, our winters have been milder over the last several years, reducing the typical mortality rate of ticks, which is usually around 20%.

The bigger reason though is due to the spread of people into areas that had previously been woodlands. As we build new developments and neighborhoods we see the deer and other wildlife populations increasing around people, thus bringing the ticks to us and giving the ticks additional food sources that help them reproduce and spread.

How do I get rid of ticks in my yard?

Having your yard professionally treated is the best bet, but there are some things you can do to reduce the risks of ticks.

Create a barrier along the woodline. By creating a three-foot-wide gravel or wood chip border around your yard or recreation areas you can reduce the tick migration into those areas.

Pest Control Near You
Local Pest Control Service covering Eastern Pennsylvania. Click on your County, or check out all of our locations to find a Procor Professional near you.
Find A Location