Among the most often asked questions in bar quizzes is, “What animal kills the most people each year?” People usually respond with “other humans” because they believe it to be a trick question. The human race comes in at a close second. Yet, mosquitoes account for about twice as many annual human deaths. 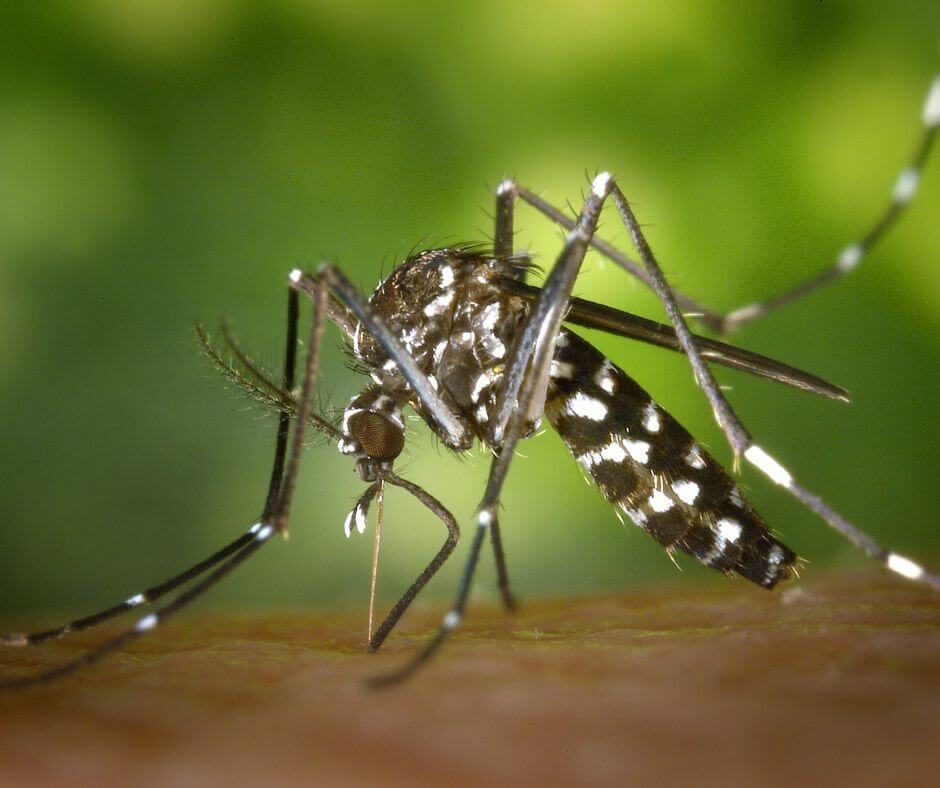 A mosquito bite is probably the thing that comes to mind first when you think of a mosquito. Female mosquitoes develop their eggs using the proteins found in mammalian blood. Their large jaws allow them to pierce the skin and drain blood. The itching lump that develops after being bitten by one of these insects is the result of an allergic response to the saliva in its bite. This reaction might take anywhere from a few days to many weeks. It can even leave scars if the reaction is that bad.

The most prevalent complaint about mosquitoes is the discomfort caused by their bites. The summer fun can be ruined (or, at least be more annoying) for days or weeks if someone has a bad reaction to the bite or gets ill from a bite. Mosquitoes are notorious for spreading some of the worst illnesses on the planet. It is possible for their saliva to spread viruses across hosts when they bite more than one person.

In contrast to other common pests, scientists have yet to determine the worth of mosquitoes to the ecosystem. Most insects that humans consider pests—including spiders, flies, centipedes, and others—actually play important roles in the ecosystem. However, it is uncertain whether there would be any ecological implications at all if mosquitoes were exterminated tomorrow. So, besides being a potentially lethal bug and a general nuisance, they seem to be mostly useless!

There are over 180 different mosquito species in the US, and many more worldwide. Although mosquito populations tend to be highest in warm, humid environments of the southern and coastal regions, you may find them all around the United States.

Mosquitoes, with a few notable exceptions, are at their most active when the temperature stays persistently over 50 degrees. During this time, many regions enjoy their “Ideal” weather, which usually spans from spring to fall in the Northeast United States. Others have year-round biting by mosquitoes. Since the sun may be harmful to some mosquito types, those species choose to feed mostly between dawn and night.

Many mosquitoes in the United States are considered pests, and they may generally be broken down into three groups:

Although mosquitoes of different genera have somewhat different breeding habits and preferred habitats, the widespread commonalities among them make it such that the same pest treatments may be used against all mosquito species. On average, female mosquitoes may deposit up to 250 eggs on the water’s surface at once. Larvae and pupae of mosquitoes spend between one and three months in the water before emerging as adults, at which time they immediately begin eating. 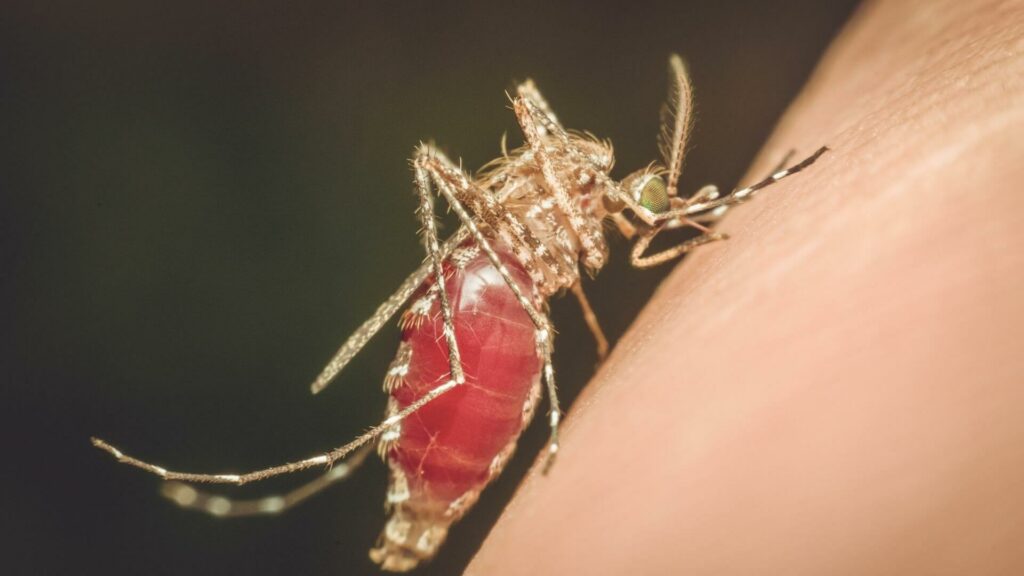 Only the female feeds on human blood since she needs it to produce and hatch her eggs. Males and females both consume nectar and plant matter while not laying eggs. It’s possible that a female just needs one blood meal to reproduce for the remainder of her life, but it’s also possible that she has to feed before each laying. Blood meals are more prevalent – and hazardous – among pest species, although this varies greatly from species to species.

The carbon dioxide given out by a human’s breath may be detected by a mosquito from up to 100 feet away. Mosquitoes may detect human odor at closer range. 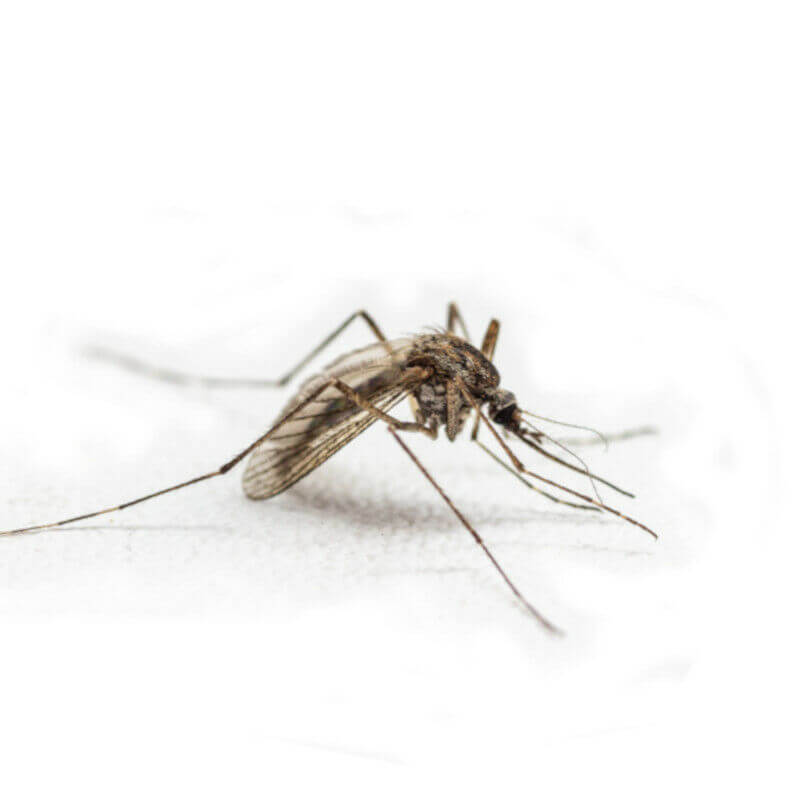 If you are experiencing continuous mosquito problems around your property, give us a call and we can help!

The mosquito’s saliva can transfer diseases to humans when bitten. Mosquitoes may spread diseases from ill humans and animals to healthy ones, making certain mosquito bites dangerous or even lethal.

One million individuals each year die worldwide due to mosquito-borne diseases. There is even a risk for the reemergence of malaria and other ailments despite current and historical attempts to regulate insect populations in the United States. Moreover, many other illnesses persist because there are no vaccines available to prevent them.

The following diseases have been transmitted by mosquitoes in the United States in recent years:

Around five thousand instances of mosquito-borne disease are documented every year in the United States. Because not everyone displays symptoms, the true figure may be greater. While other mosquito-borne illnesses like dengue fever and zika virus tend to cause epidemics in limited geographic regions only during certain years, West Nile Virus is consistently the most ubiquitous and common.

About 200 persons every year in the United States lose their lives due to mosquito-borne illnesses. Mortality rates from “rarer” illnesses like eastern equine encephalitis are on the increase, putting in danger an already vulnerable population: the elderly and the young.

Using a Professional to Control Mosquitoes 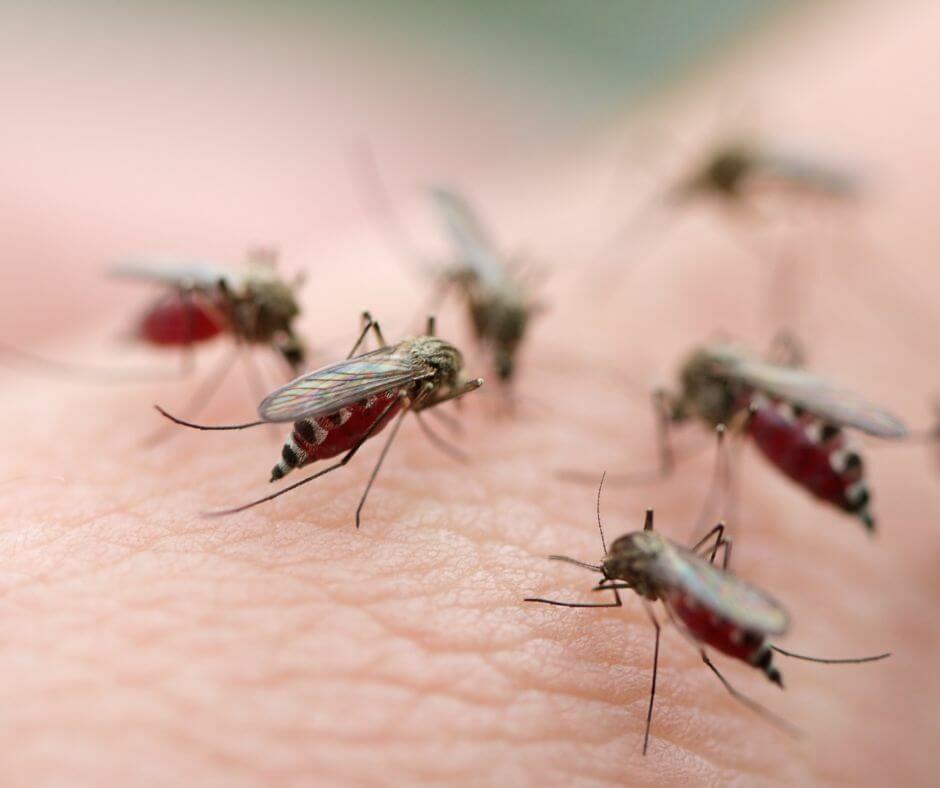 Each professional pest control company handles mosquitoes in a different way, so it’s important to find out how they deal with them before you hire them. If you know what you want and what options you have, you can be sure that the company you choose will have the right choices for you.

Before they start work, the pest control specialist will do an inspection. The pest control specialist figures out where the mosquitoes are coming from and where they might be hiding. They will also look around your property to see where mosquitoes breed and hang out because these are the places they need to treat. The inspection will help set prices and give an idea of how well different treatment options will work.

Professional mosquito treatments use insecticides to eliminate mosquitoes. With integrated pest management, they focus on low-impact, non-toxic methods that get rid of and keep mosquitoes away when used in the right areas.

Treatments can be used instead of or in addition to habitat management, especially when factors like a water feature or nearby nature preserve make it impossible to get rid of nearby gathering places. In some cases, just one treatment is enough to get rid of mosquitoes for good. In other cases, you may need to get treatments often and at regular times.

A good pest control company will also know a lot about and have a lot of experience with mosquitoes, they can usually help you find places where you might be able to change the habitat to reduce the risk of mosquitoes breeding near your property. Their work experience can help point out things that might be missed otherwise.

If you are interested in having a professional pest control specialist evaluate your property, contact Procor Pest Control Today. We service the Wilkes-Barre/Scranton, Allentown, Lancaster, and surrounding areas in Pennsylvania.