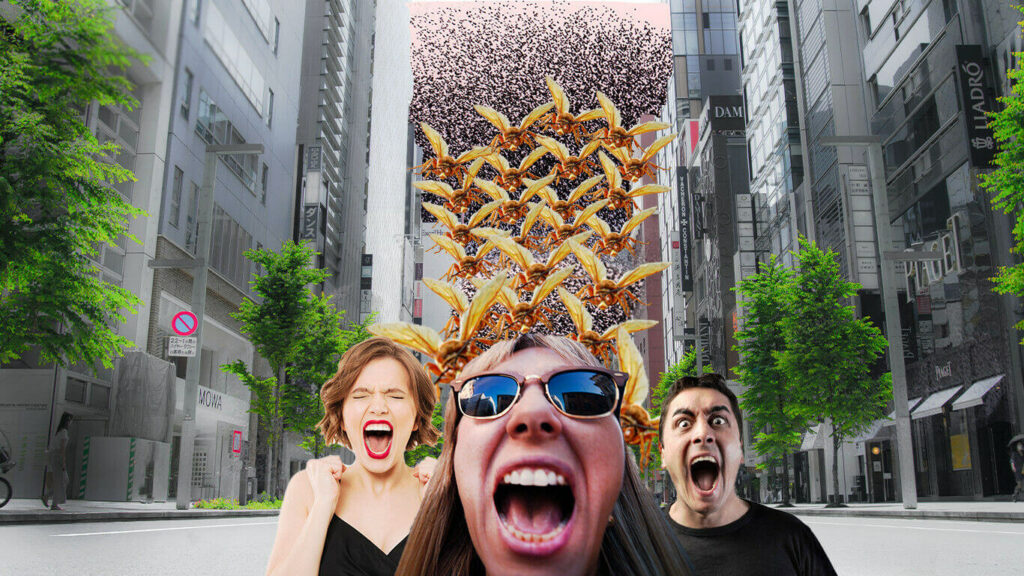 Warmer temps this week mean the return of these bug-eyed creepy crawlers after sheltering underground for the last 17 years. Our service area in Pennsylvania is one of the only places on the planet (dare we say – The Universe!) that has 13 and 17-year cicadas. Aren’t we lucky!

This year, the Brood X cicadas will be emerging in large numbers throughout the south and east coast of the US, but since they take such a long time to emerge, they are already making headlines as a ” once in a lifetime ” event.

They’re also making a huge mess of things for those who have to deal with them.

What are “Brood X” Cicadas?

There are two distinct types of cicadas – periodical and annual. Broods are groups of periodical cicadas that emerge in the same year. This spring, one of the largest broods of 17-year periodical cicadas, known as Brood “X” (roman numeral 10) or the Great Eastern Brood, are creeping out of their underground hiding places.

The adult cicadas spend most of their lives underground in a group called a “chorus” living off the sap from tree roots until it’s time to breed. Once the mature cicada nymphs emerge, they only live for about an average of 2-3 weeks…if they are lucky. We’ll get into that later.

They emerge by the millions and the insects crawl up whichever vertical surface is closest to them. They inflate their wings and shed their exoskeletons. The mating happens after a few days of relaxing and waiting for their shells to harden.

Once swarms of males begin producing their high-pitched mating song, the explosion of activity is pretty hard to miss. This is accomplished by the use of tymbals, which are sound-producing organs on either side of their belly..

When and Where will Brood X Cicadas come out?

Cicadas normally begin to return in early to mid-May and continue until late June. The bugs start to emerge when soil temperatures, around 8 inches underground, reach 64 degrees Fahrenheit and are usually triggered by a warm rain shower.

However, this year’s cooler weather in portions of the United States is delaying their arrival in certain areas. 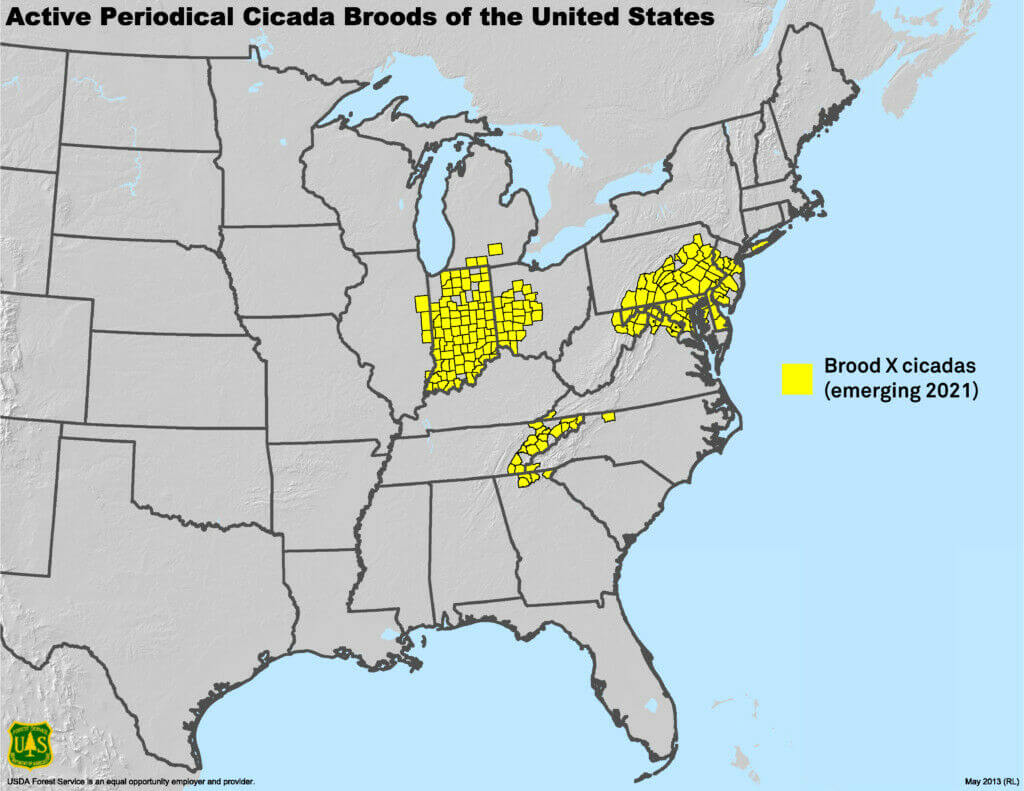 Woods and neighborhoods will be buzzing with mating sounds of cicadas for several weeks after they emerge. Each of the female cicadas will lay hundreds of eggs in thin tree branches after mating. The mature cicadas will then perish. When the eggs hatch, young cicada nymphs (cicadas in their infancy) fall off the trees and burrow underground, restarting the 17-year cycle.

Cicada Songs: More So Metallica, Not So Beyoncé…

If you’ve never experienced the mating sounds of cicadas before, they are loud – like, really, really loud. In fact, they are nearly as loud as a motorcycle!

Their call might sound like a high-pitched electric buzz, a chirp, or a rattle, depending on the species. A group of males’ calls may reach 90 dB, which is roughly the same volume as a motorcycle at a distance of 25 feet. The females click their wings in response to the males’ come-hither calls and the back-and-forth creates a peculiar metallic-like symphony.

Cicadas are attracted to vibrating machinery like saws, power drills, lawnmowers – really, anything that mechanically vibrates. Cicadas act like it’s their old buddies, “ Putting the band back together, man!” and will gravitate toward the activated machine like it was a mosh pit at a Korn concert.

So, if you have any handyman activities that need to be done around the house, we suggest doing them either early in the morning or later in the evening when the cicadas are less active.

There’s most likely a deeper reason why cicadas only surface every 17-years. Maybe it’s because of the nightmare that awaits them once they breach the soil?

While there are no predators that just eat periodical cicadas, many animals feast on them when they emerge since they’re plentiful and simple to catch. Birds, rodents, snakes, lizards, and fish all fall within this category. Opossums, raccoons, and domestic pets such as cats and dogs will eat them.

It’s thought that by appearing in such large numbers, enough of them would be able to dodge predators and survive long enough to mate — in other words, strength in numbers.

Humans Eat Them Too!

Looking for a cleaner, crunchier snack to replace that ‘oily chip landing strip’ you have going on with your shirt? Why not cicadas?

From cicada chips to cicada-dilla’s and everything in between, people with an adventurous palate are not holding back on the creative ways you can munch on these little critters.

Many civilizations throughout the world consume ordinary cicadas and edible insect enthusiasts promote bugs as a sustainable protein source.

According to experts, the full adult stage isn’t as delectable as the nymph stage, when they’re light brown and just emerging from the earth, or the white teneral stage, when they shed their nymphal casing before unfurling their wings and attaining their full adult color.

It sounds kind of funny saying this but there’s really not much we can do to help besides educate you on why we wouldn’t show up and spray down your yard with pesticides.

Pesticides really don’t work on this type of insect and it would actually be more of a danger to the surrounding environment than effective at treating the cicada problem.

Cicadas: There’s An App for That

If you want to know where the Brood X Cicadas are popping up in real-time, you can track it with an app called Cicada Safari. It was created by professor and cicada expert Dr. Gene Kritsky who worked with the Center for IT Engagement at Mount St. Joseph University.

The app urges users to photograph cicadas whenever they encounter them in order to aid researchers in their efforts to “track cicada diversity.”

The good news is that periodical cicadas are completely harmless to humans and pose minimal risk to our pets. They don’t bite or sting, and they aren’t poisonous. They’ll only be here for a few weeks to get some work done before the next emergence in 2038, when they’ll birth a new generation of Brood X cicadas.

However, keep an eye on your pets to make sure they don’t eat too many cicadas and become sick or choke, especially if you have speed-eating wild dogs. Otherwise, simply sit back and enjoy the show. Before you know it, they’ll be out of your hair.