We’ll just say it now – these bugs suck! There’s no love for nature’s flying little vampires! These little misfits crash outdoor weddings, invite themselves over to your backyard BBQ, and if that’s not enough, they can even straight-up kill you! Yeah, you read that right!

Meet the world’s most despised bug – the mosquito. In order to survive, these parasitic, disease-carrying critters prey on everything that moves, including humans. As the old saying goes, “know thy enemy!”  We took a closer look at the mosquito. Surprisingly, they’re downright interesting!

Mosquitoes Are the World’s Deadliest Animal 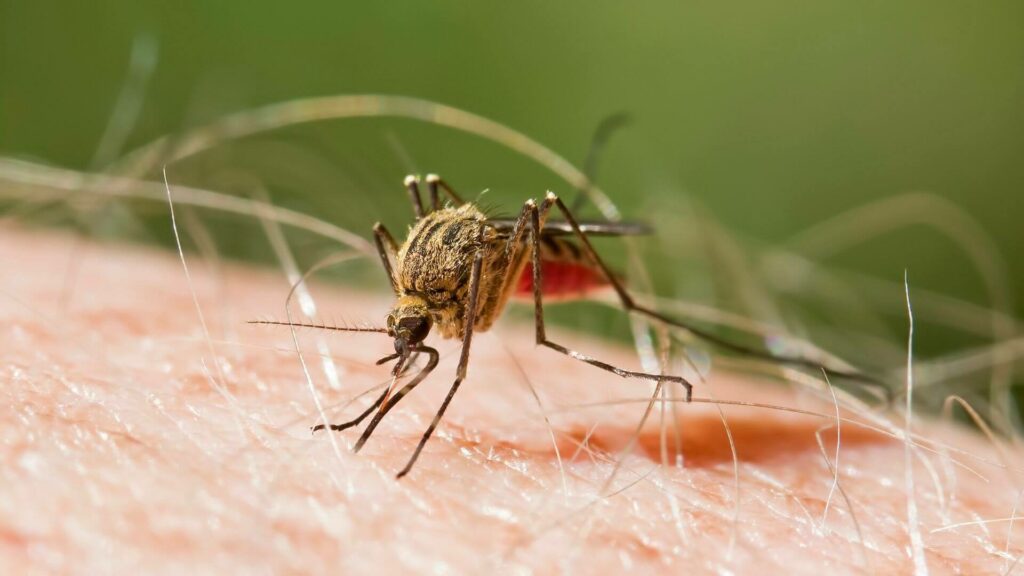 Mosquitoes kill more people than any other animal on Earth! There are a variety of dangerous illnesses that mosquitoes may spread. These include malaria, encephalitis caused by dengue fever, yellow fever, and Zika. Heartworm is another parasite carried by mosquitoes that may be fatal to your dog.

Not all mosquito species are dependent on humans. Some mosquitoes are only interested in other animals and therefore are of little concern to humans. Culiseta melanura, for example, is a species that only attacks birds and seldom bites people. It has been discovered that another mosquito species, Uranotaenia Sapphirina, feeds on reptiles and amphibians.

Only The Females Bite Humans

Mosquitoes don’t intend any harm when they bite you. Female mosquitoes need protein for their eggs and need a blood meal to be able to reproduce. Males tend to avoid humans since they don’t have the need to produce. If females aren’t producing eggs they prefer the nectar from flowers. 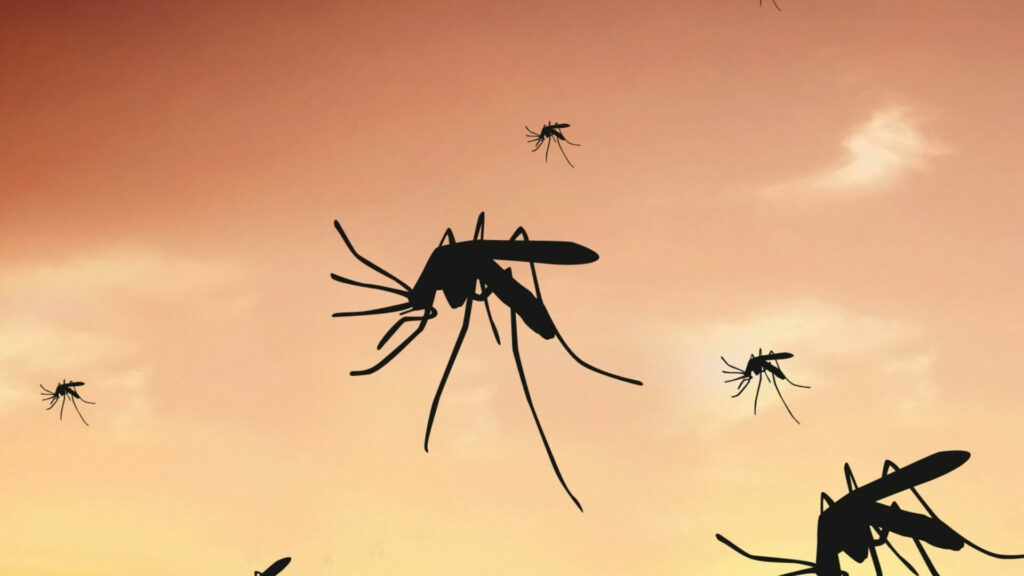 Mosquitoes fly at a pace of between 1 and 1.5  miles per hour on average. A race between all of the flying insects would almost certainly result in the pokey mosquito being defeated by practically every other competitor. Swarms of butterflies, locusts, and honeybees would all get to their destination far sooner than the skeeter.

Research on Aedes Aegypti mosquitoes showed that females can hear their possible mates’ wing beats. When the male and female meet, their buzzing synchronizes to the same pace. How romantic!?

The mosquitoes in your yard are mostly an issue for you and your neighbors. The Asian tiger mosquito, for example, can only fly about 100 yards with the average being around 2-3 miles for most skeeters. 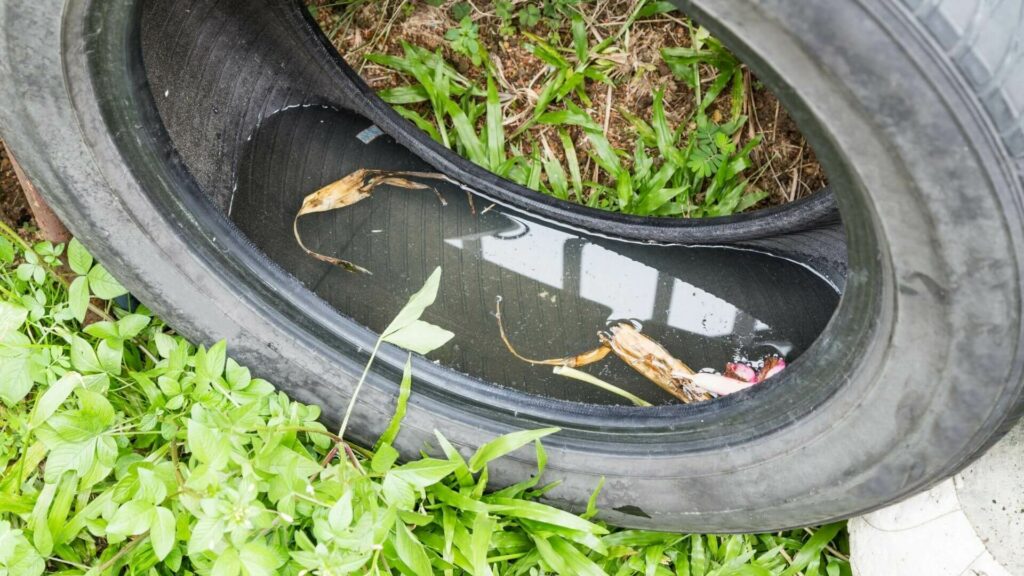 A female just needs a few inches of water to lay her eggs. Birdbaths, gutters, and old tires that are thrown in vacant areas all serve as breeding grounds for mosquito larvae, which grow very fast. After a thunderstorm, puddles may be ideal breeding grounds as well. Keep a close eye on standing water around your home to keep mosquitoes at bay. Do this every few days if you want to be proactive.

Mosquitoes Are Not Drawn To Bug Zappers 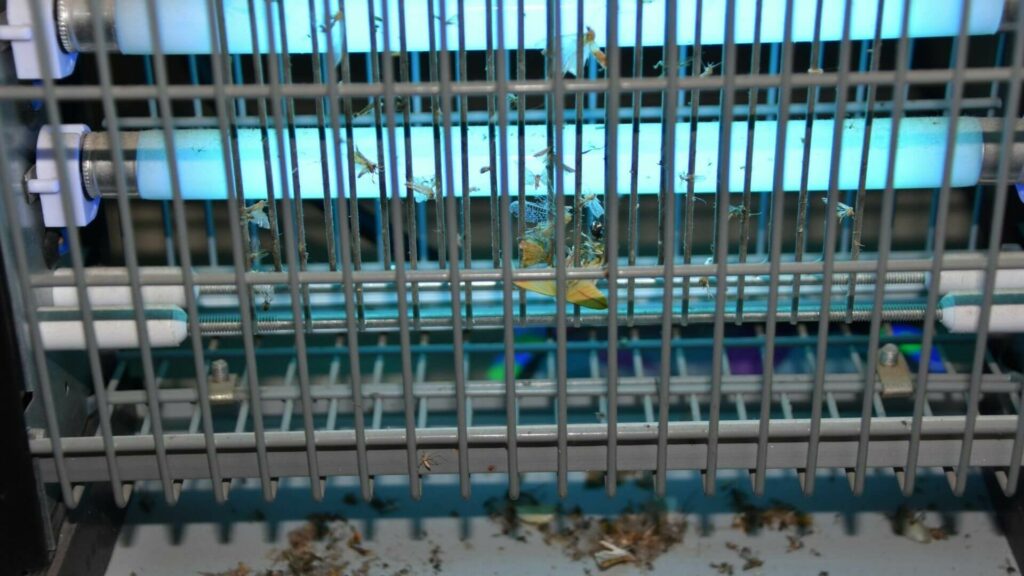 While bug zappers emit light that attracts gnats, beetles, and moths, they are ineffective in killing mosquitoes due to their attraction to CO2. They probably destroy more beneficial insects and insects that are consumed by songbirds than mosquitoes do. They also eliminate parasite wasps that prey on other species.

Mosquitoes Can Detect CO2 From 75 Feet Away

Mosquitoes use carbon dioxide, which is produced by people and other animals, as a signal that a blood meal is nearby. In order to locate her prey, a female flies back and forth through a CO2 plume until she spots her prey in the distance.

Stay Tuned or Call Us For An Evaluation!

We will be having more articles coming out soon on mosquitoes so stay tuned to learn more about how you can reduce the chances of having mosquitos breeding on your property or call us to come out to evaluate your property to help keep you and your family safe!